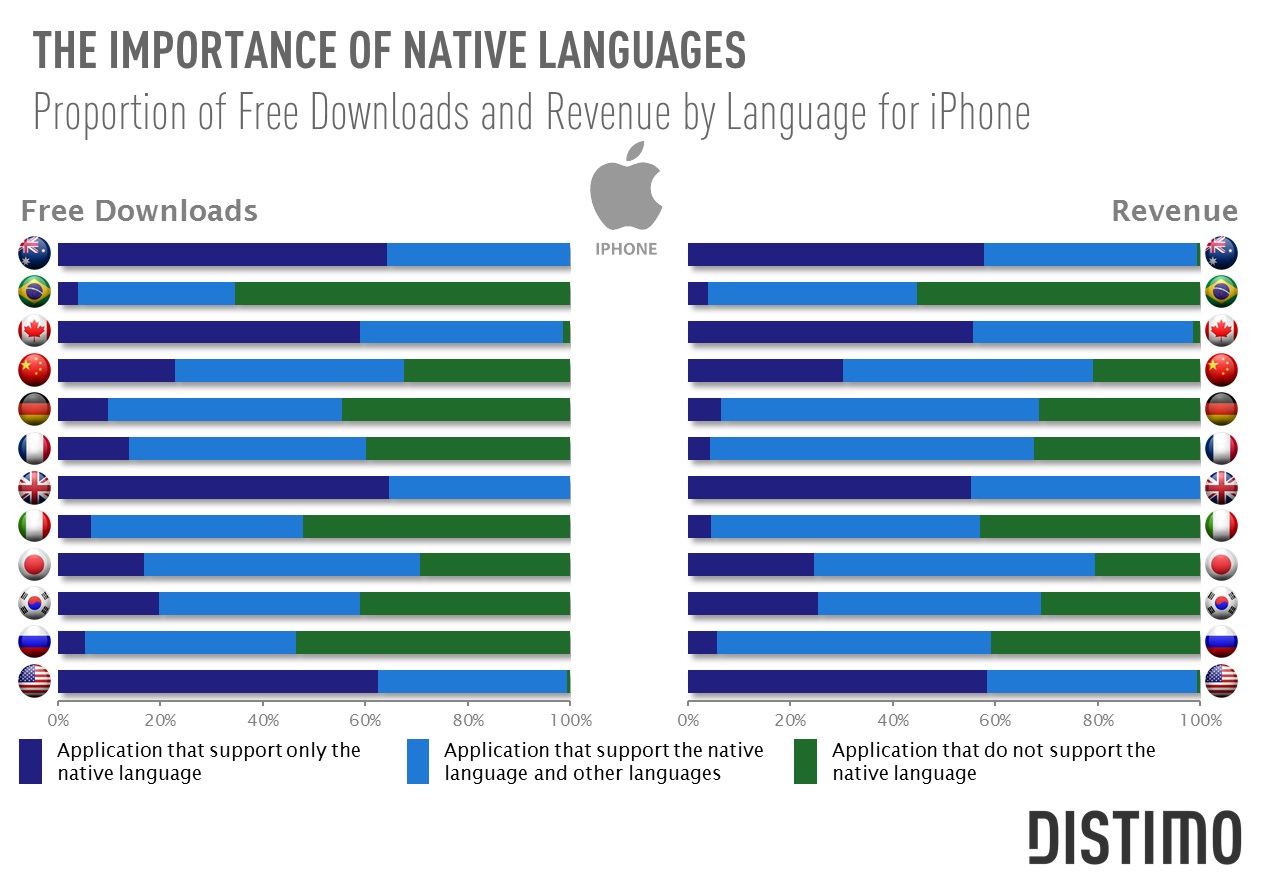 We've found that taking a single page, and putting it in multiple languages (at separate links) with hreflang tags increases the overall ranking of the page in each of the other languages. Google appears to look at the page as the same information, but each language is considered unique content (exactly how you would expect). As such, any content that would likely receive some, or many, successful page views in non-primary languages would enhance the website ranking for the primary language page.

You will likely monopolize in one language

What we've found is that for every app we create, there is a single language that it ranks well in at some point in the next 12 months. From there, it may increase in ranking in any number of other languages. This means, every language you expand your application into, you have a significantly increased chance of it rising to the top 10 in website ranking.

Your best customers are probably not english

We've found there are about 5-10 other high paying languages that pay just as highly, or even higher, for the same service as english speaking customers.